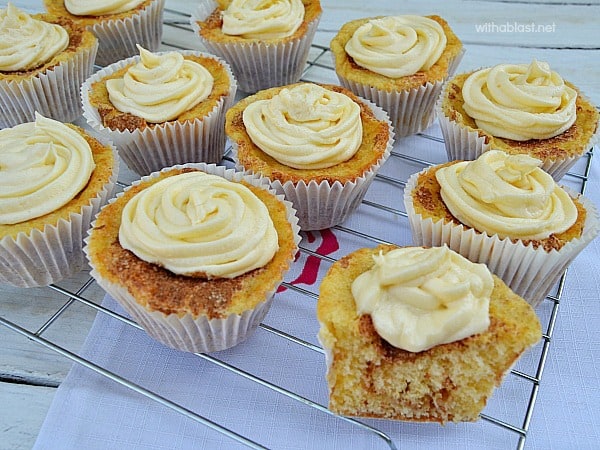 When I found this recipe for Cinnamon Roll Cupcakes, here, I could not wait to bake a batch – very simple, a cupcake but with the texture and taste of a cinnamon roll! The original recipe contains Pecan Nuts as well, but I left it out.

At first, I just wanted to top the cupcakes with a glaze (as with everyday cinnamon rolls), but then thought, for this one time, I’ll stick to the recipe.  The frosting did turn out to be creamy, but sweet as you can get.  Next batch, oh yes, there will be more of these in our house! … I will try the cupcake with an ordinary icing glaze. 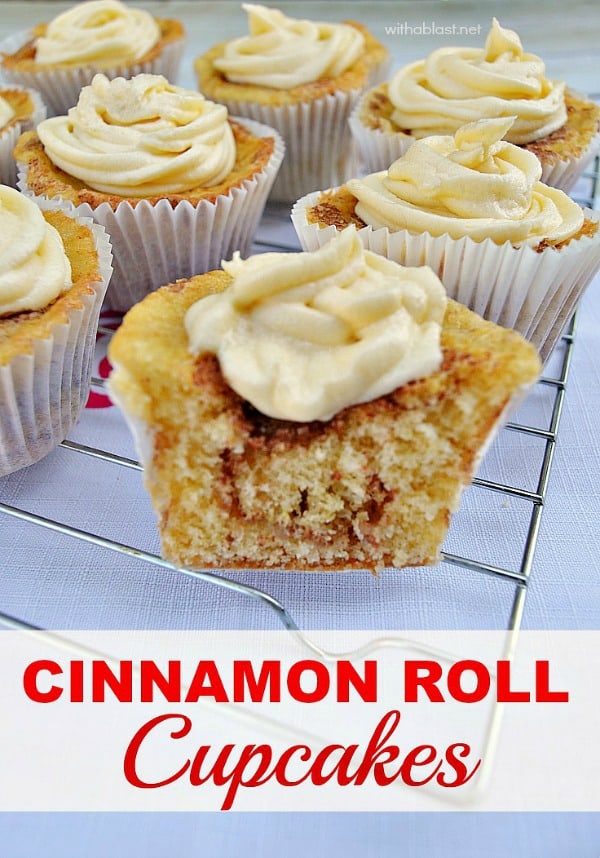 This is, I think a recipe which comes in handy when you suddenly get a craving for cinnamon rolls, but is too time stricken to make the real thing. Try it next time and see what you think!

1.) Allow the Butter and Eggs to stand at room temperature for at least 30 minutes.
2.) Pre-heat the oven to 180 deg C (350 deg F) – Line two 12-hole muffin pans with cupcake liners.
3.) Mix the Flour, Baking Powder and salt together – put aside.
4.) Combine the Brown Sugar and Cinnamon in a small bowl – put aside.
5.) Beat the Butter until creamy {about 30 seconds} – gradually add the Caster Sugar, little at a time, whilst beating on medium continuously until light and fluffy – add the Eggs, one at a time, beating well after each addition, beat in the Vanilla.
6.) Add the Milk and Flour mixture alternatively to the Butter mixture  – beat only until combined {the batter will look curdled}
7.) Spoon a tablespoon of batter into each cupcake liner – sprinkle over about one teaspoon of the Brown Sugar/Cinnamon mixture – Top with remaining batter and finally sprinkle the leftover Brown Sugar/Cinnamon over the top.
8.) Bake 18 – 20 minutes – remove from oven and cool completely on a wire rack. 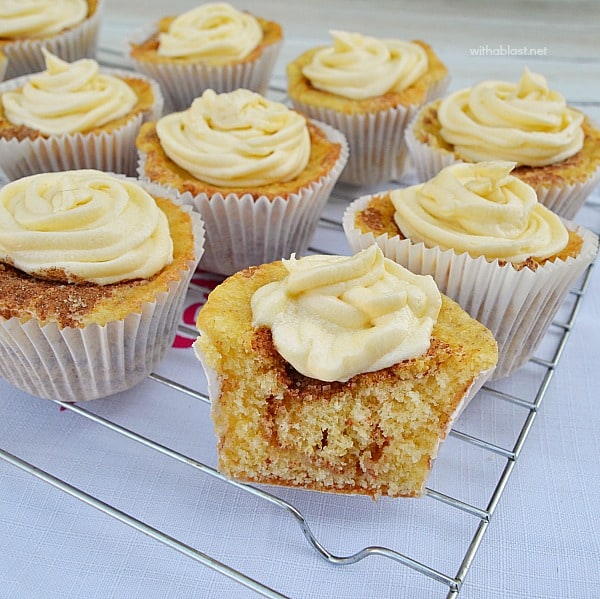