BEST appetizer or snack especially on Game Day or when having a party and this Cheese Ball stuffed with Bacon and Chives will steal the show ! 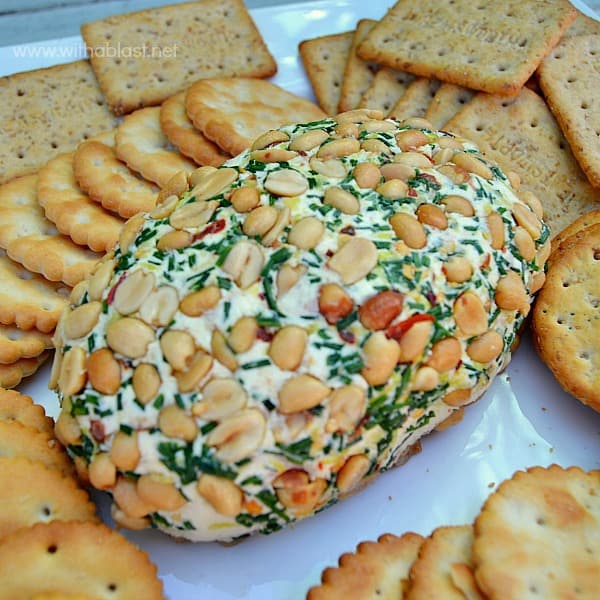 I served this Bacon and Chives Cheese Ball as an appetizer on New Year’s Day when we had a very traditional South-African Braai (BBQ), and we had my mom-in-law and my hubby’s sister over for the day.

We are not the type of family who visits on a regular basis for many reasons. Of which I will not go into, but it’s nothing major, we all love each other and sort of keep in touch in other ways.

Anyhow, because of the above, my mom-in-law and hubby’s sister, decided to spent most of the day with us and had come early.

I knew we would be chatting up a storm and also knew that my daughter and her boyfriend would stop by. My son was away on vacation. 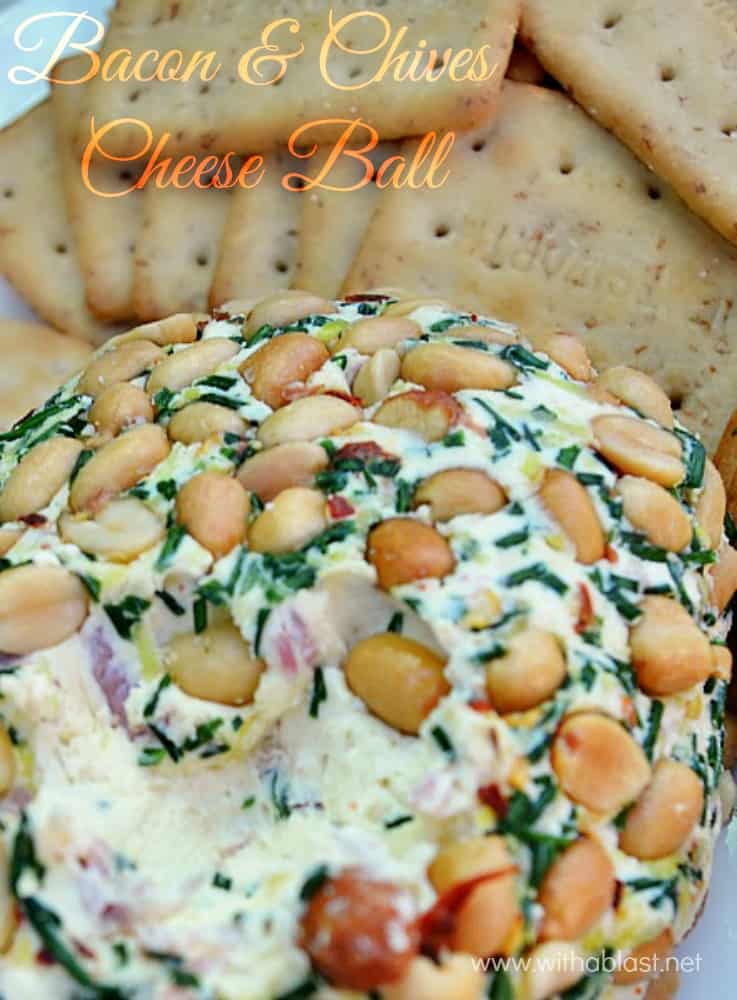 Now, I do not know whether you are the same when having family or friends over, but chatting can make one quite hungry ! Really .. you can take my word for it !

Therefore, this Cheese Ball was not exactly served as an appetizer ! More like an appetizer-snack, as we snacked on it throughout all the catching up !

The day before, I had already marinated the meats, cubed other meats, washed/cleaned all the salad ingredients. And made whatever I could make ahead, like this Bacon and Chives Cheese Ball.

Once the Ball was formed and into the refrigerator I left it there till the next morning.  I quickly rolled the Cheese Ball in the Peanut mix, which only took a couple of minutes, just before I served it. 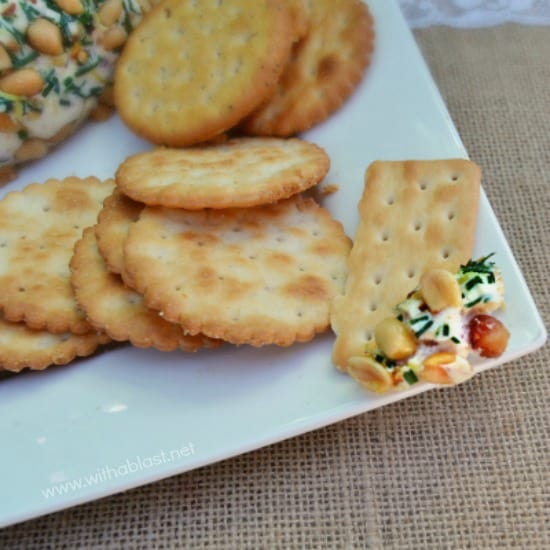 A Cheese Ball is such fun to make, because you can really add any ingredients you like, well, obviously not liquid. Or rather, if you add any kind of liquid it must be the absolute minimum. Otherwise you might end up with a Cheese Porridge instead of a Cheese Ball.

One of my favorite combinations is Bacon, Chives and Cheese. I love it in any way served. From a Cheese Ball through to a Quiche and even layered on a lettuce sandwich.

One of the other Herbs we have growing just so happens to be Chives. And even though we have quite a bit,  I seem to use it up in no time at all ! Good thing Chives actually grow back very quick!

No fancy Nuts today, just plain old Roasted Peanuts, which are not only much cheaper than most other Nuts, but another popular snack with my family. 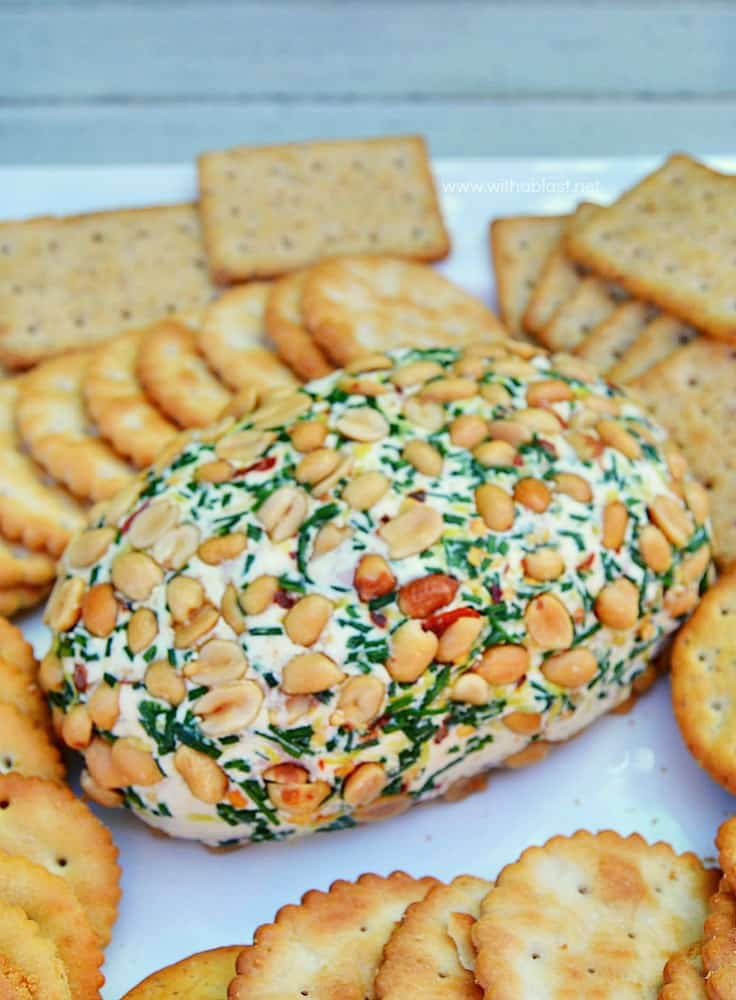 When I make this particular Bacon and Chives Cheese Ball, you will always catch me scooping from the outside rather than the inside – just love those Peanuts ! 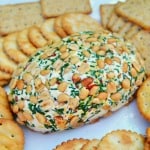 Keep chilled until ready to serve but remove from refrigerator at least 15 minutes prior to serving. 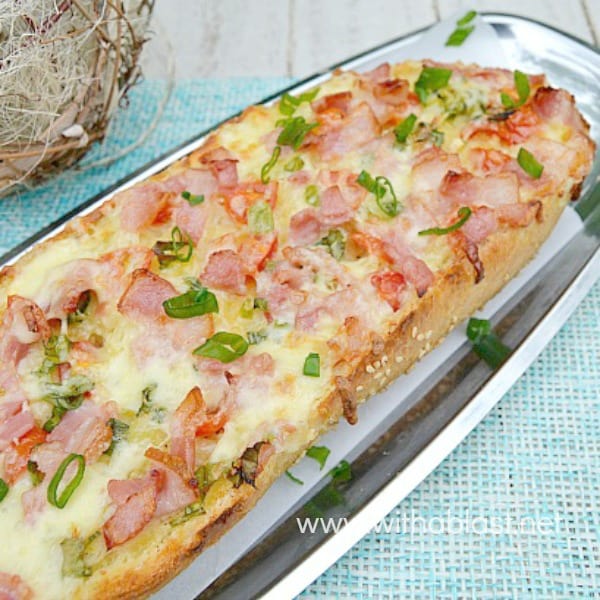 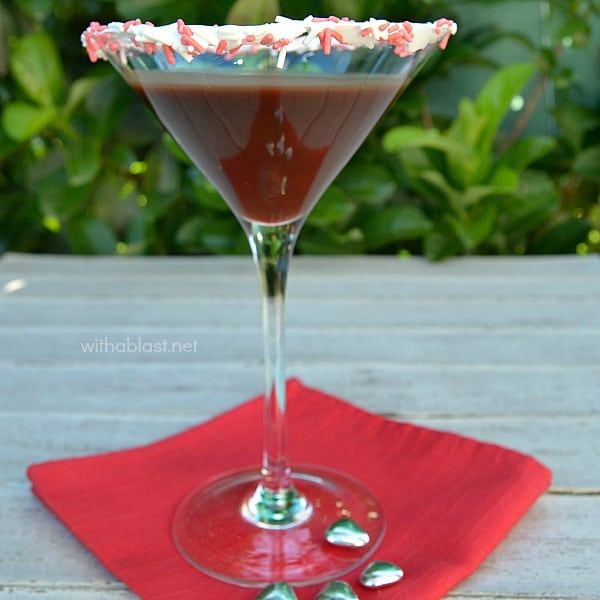 I never thought to use peanuts on the outside, but I can't wait to try it now! I think the outside would be my favorite part too! :)

You had me at bacon! That looks delicious! Such a great idea! Thanks for linking up with the Creative Spark Link Party!

Linda, your bacon and chive cheeseball looks and sounds delicious. Thank you very much for joining in the celebration of #purebloglove, we enjoy having you each week. I hope to see you on Thursday at 8PM, EST through Sunday night. ~Cydnee

I have a slight obsession with cheese balls. LOL This looks so GOOD. Thanks for linking this up at Totally Terrific Tuesday last week. It is live right now! Can't wait to see what else you have to share! Hope to see you there!

Thank you for stopping in and linking up with us this week on #TheWeekendSocial. We love your ideas and hope to see you again this weekend on KitchenDreaming.com. We have pinned, stumbled & shared your link across our Social Media, FB, G+ and Twitter.