Milktart Shooters is one of South-Africa’s gems ! Tastes just like the tart, but with a drink with a huge kick ! (to drink as a shooter or to sip). 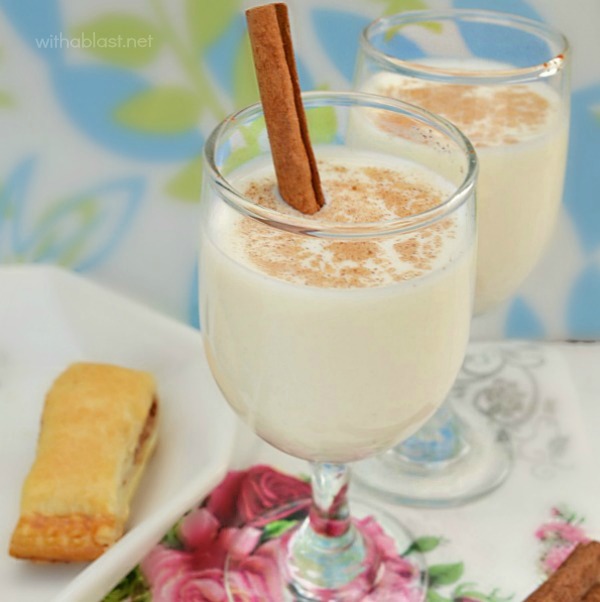 Today is National Milktart day in South-Africa, but I thought it a better idea to share with you a somewhat different kind of Milktart – Milktart Shooters !

Yes, it is a thing, actually quite a big thing in South-Africa. I have to admit I am a bit of a late-comer to making my own Milktart Shooters – these are really my daughters forte !

I do not think she ever goes to a party without taking with a good supply of homemade Milktart Shooters.

And rest assured, when you are at her house for a party or some kind of get-together, there will be Milktart Shooters! 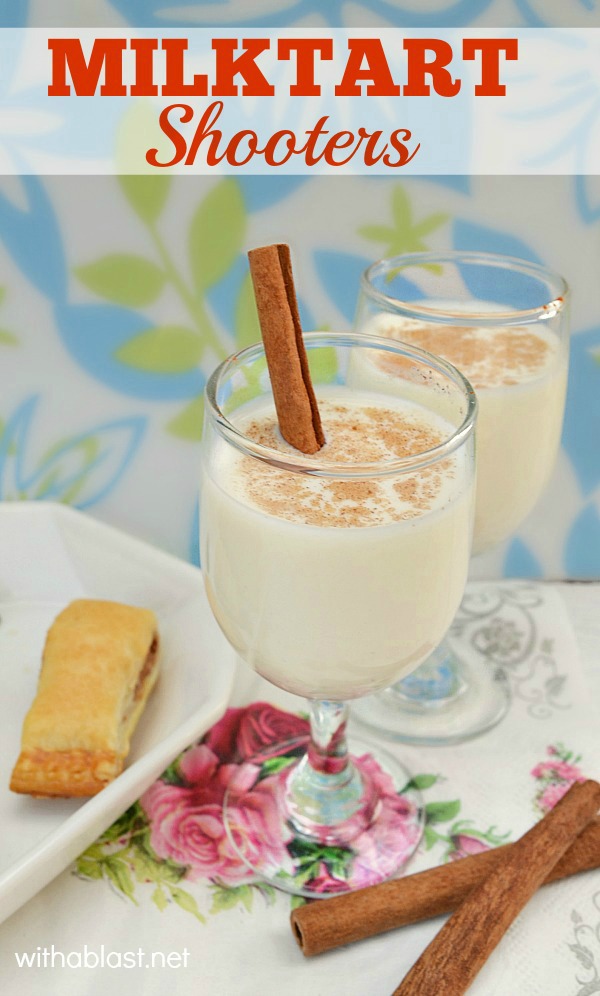 At the end of January, my daughter and her fiance had their first house warming party. This was also the first time her dad tasted one of her concoctions, as he would put it.

I did tell him that I am sure we have had it before but he could not recall, but man, oh man,,, did he like it !

No actually he loved it ! Pity we only had a tiny glass (less than a shooter size) as we believe in not drinking and driving, so it was more a tasting for him.

This weekend, as just about every weekend nowadays, it was only him and I home and I decided to make us a variety of snacks. 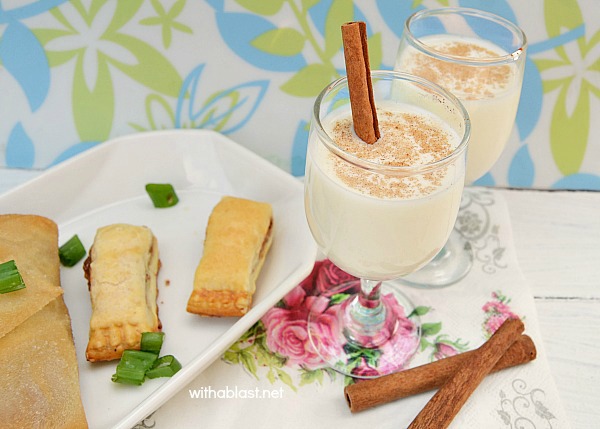 Then realized it is National Milktart day, and well,the rest is history. We had a couple of Milktart Shooters with our snacks, instead of me baking a proper Milktart, which I am ashamed to admit is not on With A Blast as yet.

Other versions of Milktarts but not the traditional tart …. I’ll get it done soon enough, though !

Meanwhile, go on ahead and make a batch of these decadent shooters. Oh, and if the Vodka is a little heavy, reduce to whatever you are comfortable with – no rules on the ingredient sizes, but this is how I make ours. 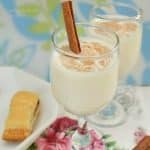 Milktart Shooters is one of South-Africa's gems ! Tastes just like the tart, but in a drink with a huge kick ! (to drink as a shooter or to sip).

I'm south African and these are the best but you can make it the following way as well:

Mix well and keep cool in a fridge. Sprinkle with cinnamon.

What a delicious sounding drink!!

I have everything on hand right now!! :D I may be trying this soon!!

This looks great! But I don't drink alcohol, so may be will try the non alcoholic version of this.

I don't drink alcohol so I may have to try this non-alcoholic but I love the combination of flavors!