D.I.Y with Spraypaint is one of the most cost effective ways to update small items in the kitchen – you can re-spray them the same color or add decor 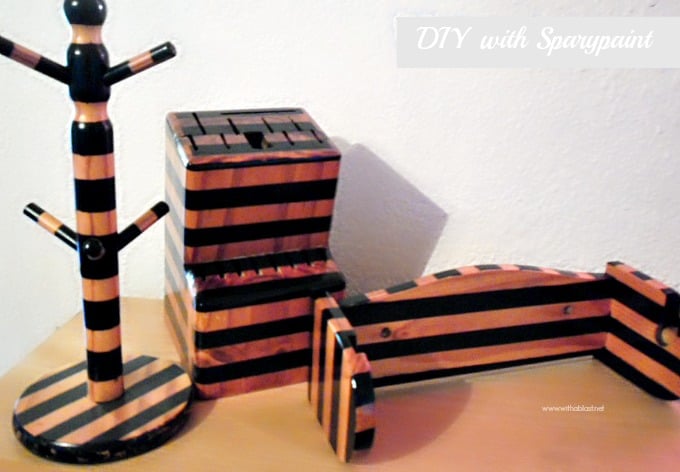 As you know we are giving our kitchen a bit of a face-lift. We bought the house just over 18 years ago and did not change much in the kitchen. The house was re-built in 1991 and we moved in, in 1994.

When we bought the house, the kitchen was the deal breaker. White with red trimmings.

A Few years ago, we knocked out the wall (like a window – to form a breakfast bar) between the kitchen and the passage. Do you know how much bigger a kitchen looks, when you open up into the passage?

Fortunately, our passage is fairly wide and can easily accommodate the three bar-type stools that serves as seating at the breakfast bar with enough space for people passing by.

Anyhow, when this was done, we also knocked out one of the windows in the kitchen as we built the Laundry/Scullery next door. And again I installed a counter top which allows us to place dirty dishes on top without actually entering the L/S area each time.

Whoever does the dishes, then just takes it from the counter and into the sink on the other side. (or if we have visitors, we can leave it in the sink without anyone seeing it from the kitchen side 🙂 )

That brings me to the counter tops – since the tops were originally oak in color and as we added the additional counters, we bought the same to match.

The kitchen will now be White and Black (plus!) with the Oak colored counters.

Every project has a budget, or at least an estimate, but when we went to buy the mosaic tiles, I absolutely had to choose something a lot more expensive than was the plan … it happens!

I decided to take the more expensive tiles and to cut a few other corners as with the Paper Towel Holder, the Cup Holder and the Knife Block.

Hey, every bit helps! ( and to get back to the long opening, this will still go with the color of the counters ).

We bought a few cans of Rust-O-Leum Black Spray-paint for Plastics. (Cut another corner here!). The Spray-paint was left over from spraying the cupboard handles and trimming which are plastic.

At first I was not sure whether the spray for Plastic will take on the wood, but it did – very nicely if I may say so myself. The wood just needs to be very smooth and varnished.

The only prepping I had done was to wipe it clean with alcohol. The Cup Holder was a bit rough at the bottom around the base and the Plastic spray made a few bubbles here. I decided to give it a rough sanding to make it look more real than a messed up project 😉 before I used the sealant.

Here are the before photos: 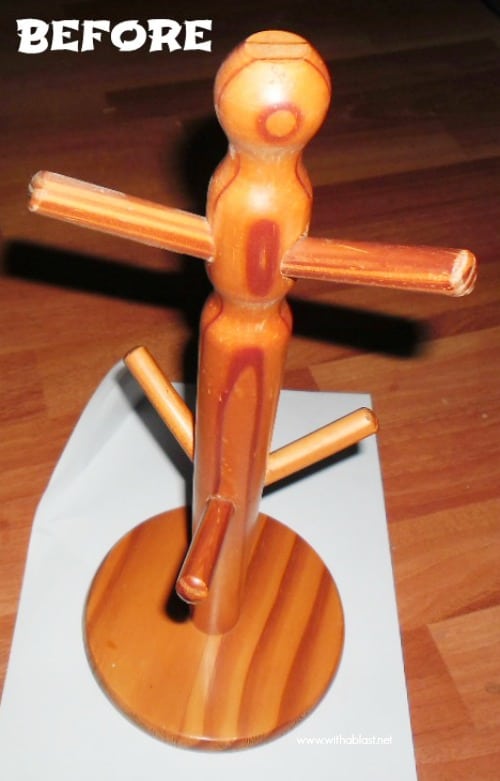 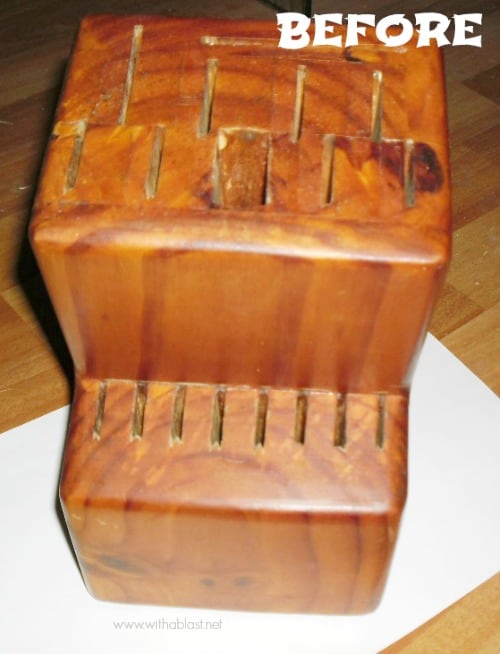 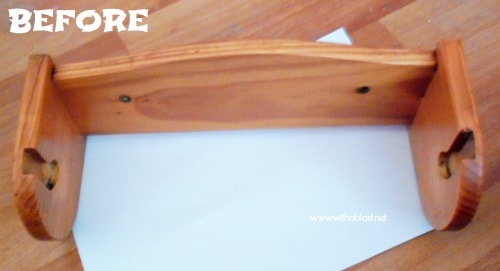 I had to work on the floor as it is the only area not totally covered in kitchen stuff. However, I did do the spray-painting outside though!

Taped and ready to be spray painted : 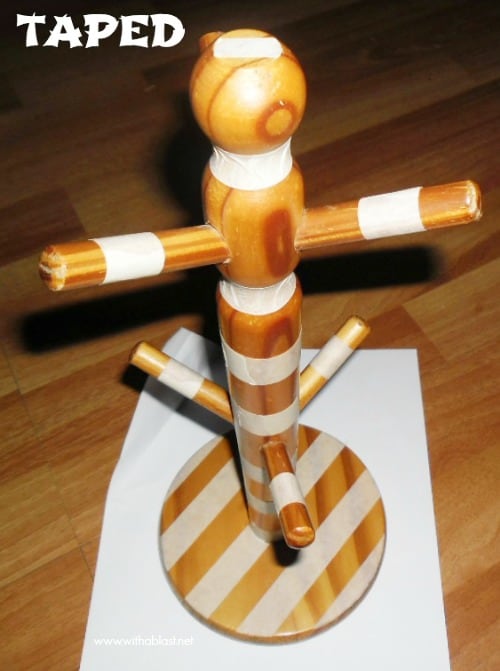 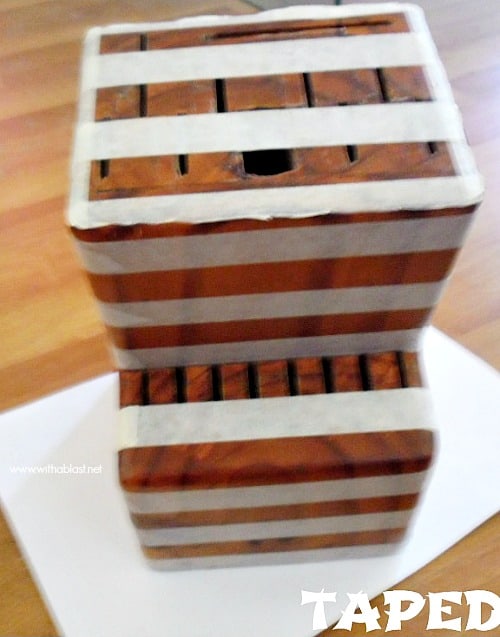 I decided on black because… yeah, you guessed it – because.. the kitchen’s new colors are White and Black (plus!). I taped totally randomly with masking tape.  But still tried to make it look like a set, although these three items were not bought together or has ever been a set.

After I taped the items, I gave it two coats using the Rust-O-Leum Black with 1 hour in between. There was a little bleeding under the masking tape, but not much. I used an earbud, dipped in Thinners, to remove the little marks.

About two hours later I sprayed two coats of sealant to cover the whole surface. Six hours later the sealant was already hard as rock, but I’ll give it another day or two before actually using these.

Well, I do not really have a choice as the kitchen is taking longer as planned.

We may not have saved a lot on these three items. But definitely did with the re-spraying of the cupboard handles and the trimming !

There are 28 handles – I know .. because I removed, washed, sprayed and tidied them. 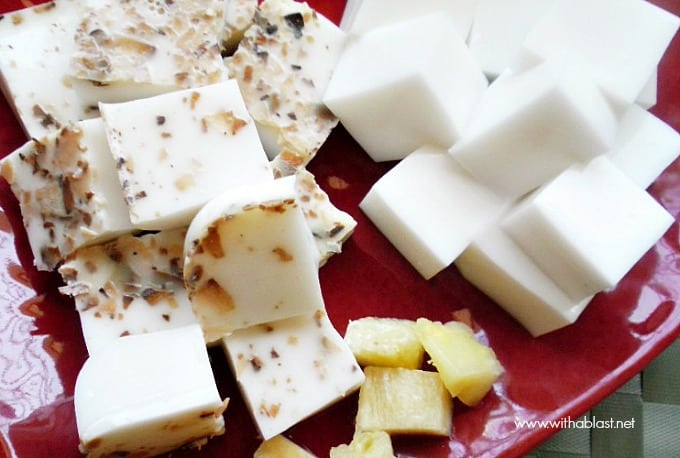 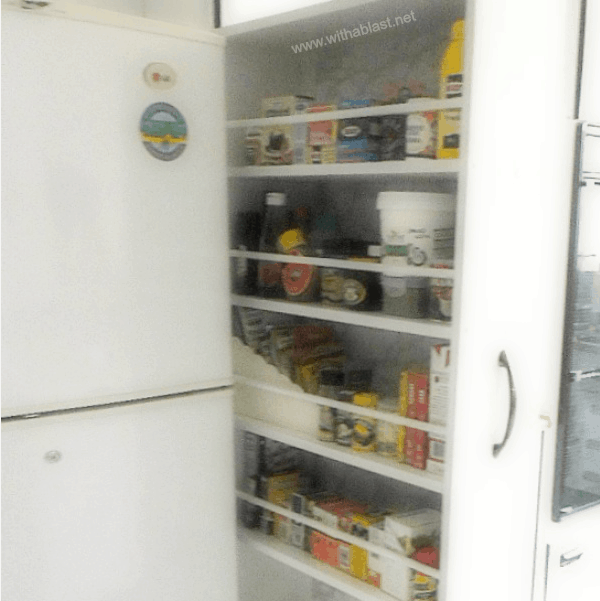 I love what a little spray paint can do. The stripes look really cool!

Thanks for sharing at Artsy Corner! :)

Very fun! I did a knife block makeover too but just went from wood to all black. The stripes are very creative! Thank you for sharing at MightyCrafty Mondays!

You are so creative! I would have never thought to do this. Great idea.

Thank you! The "hardest" part is to decide which pattern you want to create ;-)Linda

Fun idea!! Thanks for linking up to Tasty Thursdays on The Mandatory Mooch. I hope you will link up again this week. The party will be live tonight. www.mandatorymooch.blogspot.com