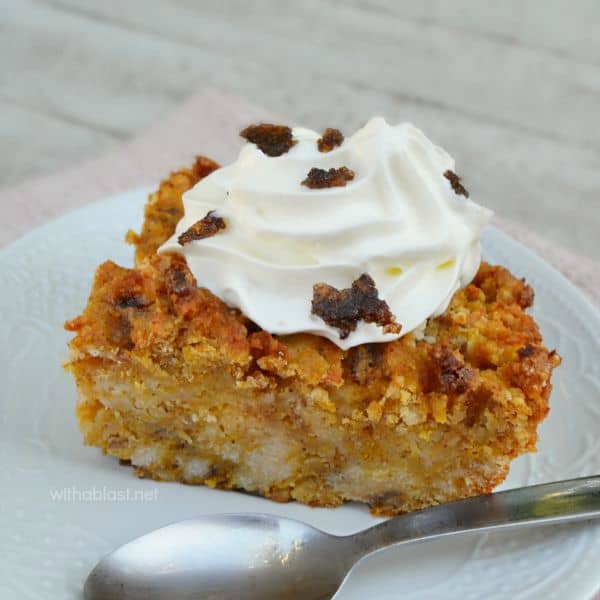 I am sure I have mentioned before that we do not have canned Pumpkin puree in South-Africa, or in any case not at any of the usual big supermarkets I shop at.

These chewy Pumpkin bars came about by accident … I think, because I used fresh Pumpkin and not canned.

A few months ago I found a recipe on the Mr Food site – yes, I am one of their daily stalkers ! for a Pumpkin Dump Cake.

And I knew immediately that’s something which falls perfectly into With A Blast’s kind of recipe – quick and easy.

I followed the recipe almost one hundred percent ..yes, I said almost. Anyhow, after 35 – 40 minutes I realized that something is not adding up, the dry Cake Mix were still, well, dry.

Now, I am not a topnotch baker, or even close but even I could see that if I don’t do something we were having a total flop {or worse – nothing!} for dessert.

Therefore I removed it from the oven, stirred through with a spoon, and baked the Pumpkin Cake a little longer.

Oh my, what a surprise ! We ended off with having the most delicious, chewy Pumpkin bars we have ever had. 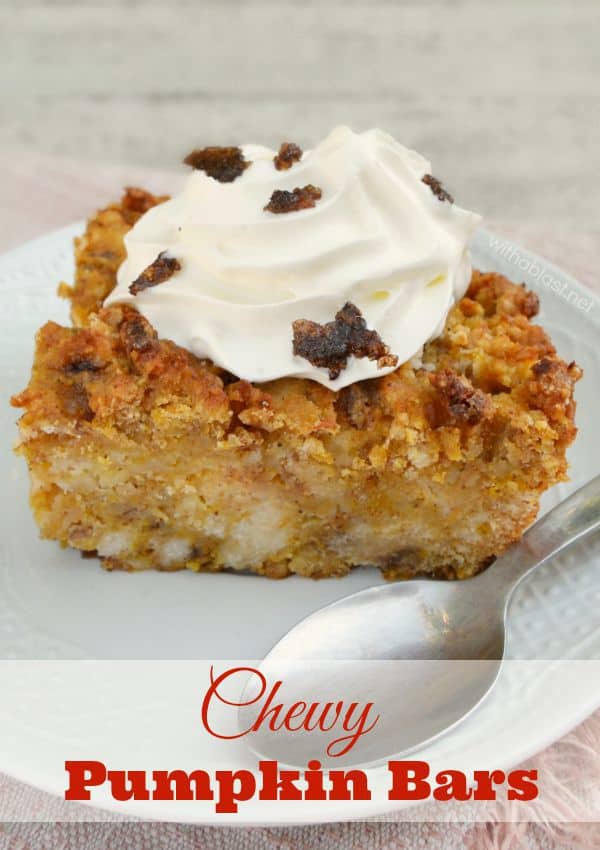 What to serve with the Chewy Pumpkin Bars ?

I served the bars with a dollop of whipped cream and some chopped Cinnamon baking chips, which of course is also not available here and I had to hunt down a recipe to make my own.

When I baked these again, and again, the results were the same, Therefore the only thing I can think of is because I used fresh mashed Pumpkin and also the homemade Cinnamon baking chips could have made a difference as I have no idea what the real thing looks like, or taste like.

But I highly recommend making the recipe as I did, because, flop or not, it is totally delicious and most certainly does not taste like a flop.

3.) Sprinkle the contents of the Cake Mix over the Pumpkin mixture and top with slices of Butter

4.) Mix together the Nuts and Cinnamon Chips – sprinkle over the Butter – bake 40 minutes – remove from the oven and using a spoon roughly mix up all the ingredients – no need to be precise – return to the oven and bake a further 20 – 25 minutes or until a tester comes out clean

5.) Remove from the oven, let cool completely before slicing into bars 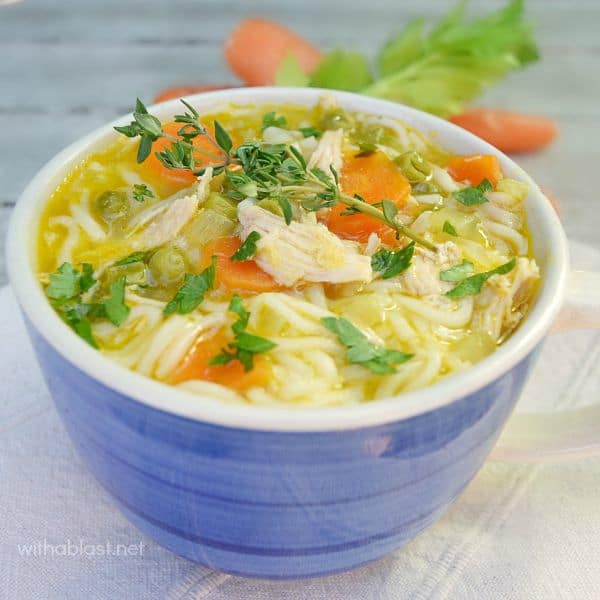 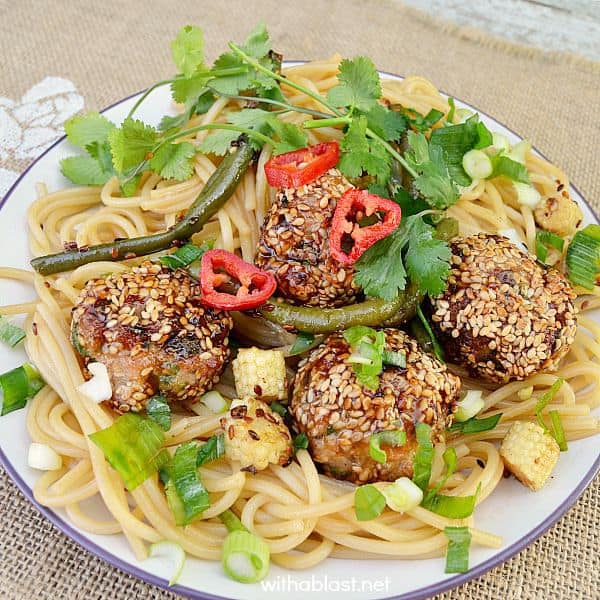 Awesome!! Love the story with this recipe!! Sometimes an accident just rocks the norm! Pinned these babies!!

These look great! Stopping by from Thriving on Thursday. Pinned. :)

Those are the best kinds of recipes - the ones that happen by accident but turn out really AWESOME!! I am loving these pumpkin bars!!