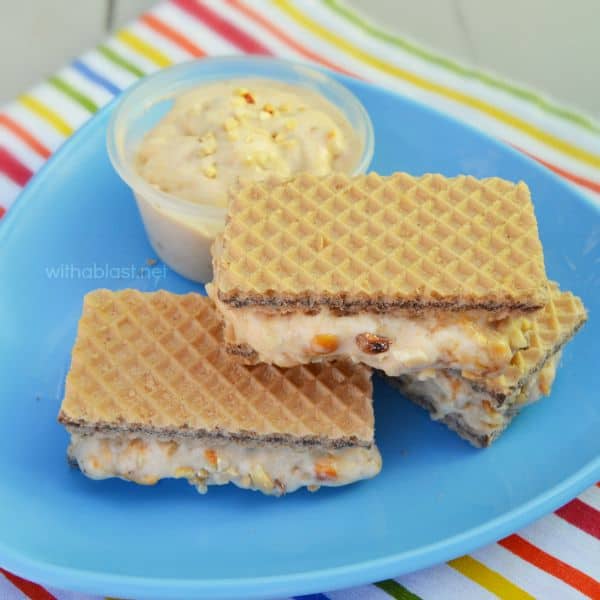 No machine is needed to make these delicious peanut butter ice cream sandwiches. The kids can even make a batch of Peanut Butter Brittle Ice-Cream all by themselves if they are old enough to use a simple manual chopping gadget.

I made half the recipe the other night as hubby and I were the only ones home for dessert.

Therefore I bought just one packet of biscuits and had some ice-cream leftover, which I sandwiched between some Tennis biscuits and sent them with my daughter for her boyfriend. 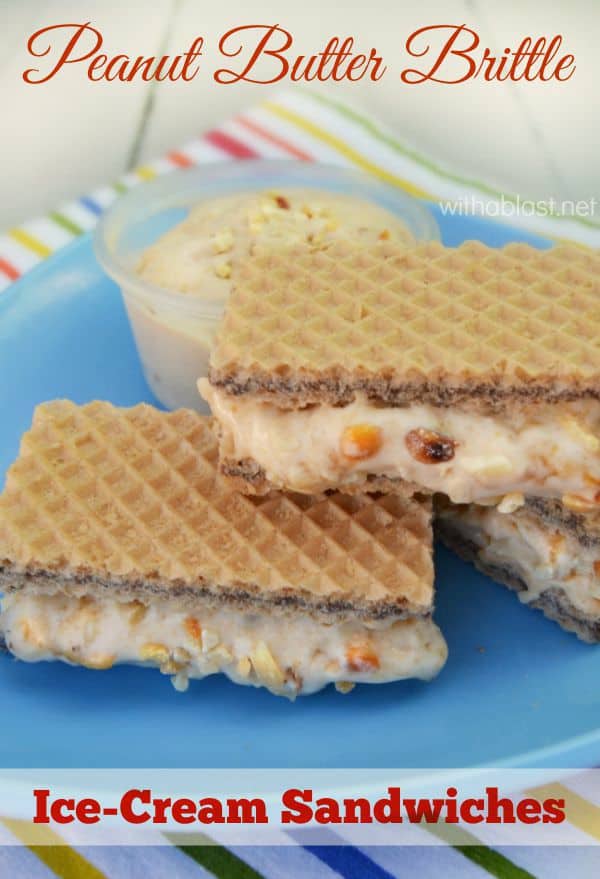 She was not sure whether he likes or dislikes peanut butter. But I know he likes Tennis biscuits ! And yes, later that night she texted me that he liked these very much. I do not think she had any as she had a killer-toothache.

The Ice-Cream does not need to be scooped between biscuits or any other kind of cookies. It is just as delicious on it’s own, or in a cone, especially a sugar cone, which is my favorite. 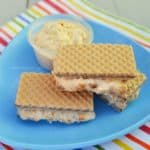 Freeze until ready to serve. I used a large sealed container and stacked mine neatly before placing in the freezer compartment. 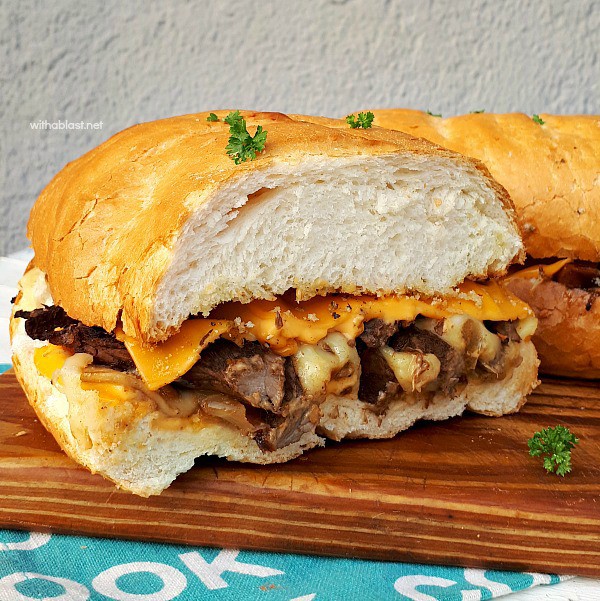 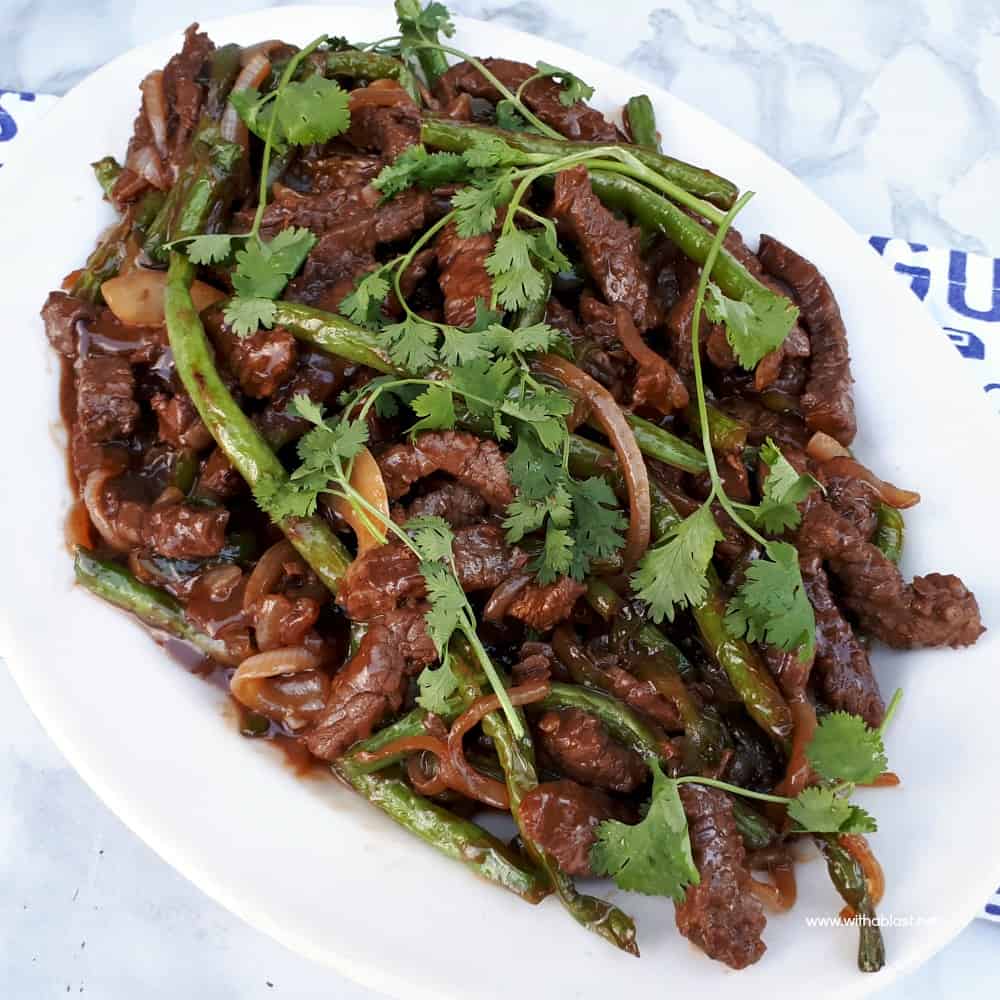 Good morning! These look amazing. Thanks for sharing at Tuesdays with a Twist! Looking forward to seeing what you share this week.

Sounds wonderful -- love the idea of adding peanut brittle to take it over the top! Thanks so much for sharing on Busy Monday!

Yummo! My grandgirls will love these. Thanks for sharing at What'd You Do This Weekend. Best wishes for tasty dishes!

Sounds easy and delicious! Thanks for posting on Tried and True recipes: http://rediscovermom.blogspot.com/2013/05/tried-and-true-recipe-14.html

These look so good! We would love for you to share with our Kitchen Fun & Crafty Friday link party!:) Just put it up! http://kitchenfunwithmy3sons.blogspot.com/2013/05/kitchen-fun-crafty-friday-link-party.html