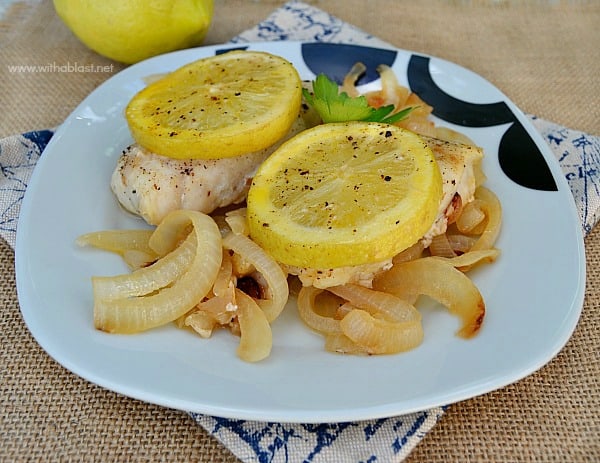 I make this easy Lemon and Onion Fish frequently. And because it is such a quick recipe, AND my kids loved the dish since they were little. That is saying a lot, as most other fish dishes I make, would be frown upon.

When my son was in high school, he once took a look at some fish meal I made. And with a very serious face, told me that he is actually allergic to fish !

Now, really, wouldn’t a mother know a little fact like that about her kids ?

Right, so he tried to pull that one off a couple of times ! Always first had a peak at what exactly the dish looked like though, but all he then had was the side dishes.

Seems since he left school, is going to the gym daily and is a bit older, the allergy “disappeared” – just like that ! 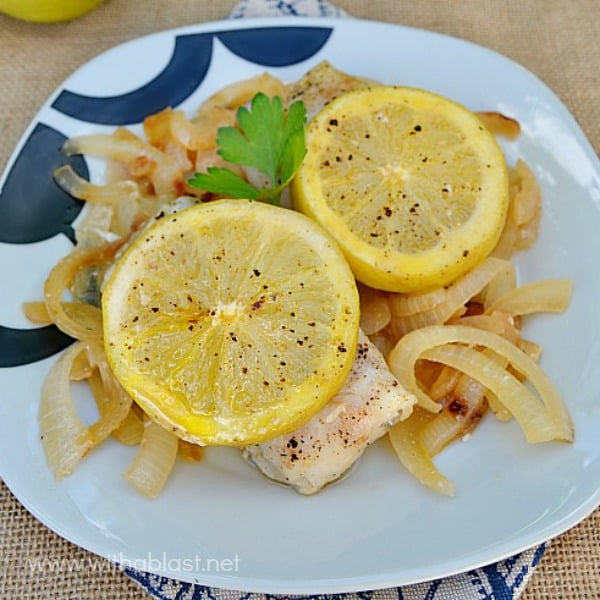 Anyhow, I found this gem of a recipe in one of the very first recipe books I ever bought in the early 90’s. It was put together by a local magazine, compiled with recipes which the magazine received from their readers over time.

When I bought my copy, a friend of mine also got a copy and I told her how awesome this Lemon and Onion Fish dish is. Well, she made it that night, but the following day, told me that it is an awful lot of wine in one dish, and how could it be kid-friendly?

There I was, thinking, how could 1/3 cup of wine be a lot ? And the alcohol in the wine evaporates when cooking. That’s when she told me she used a full bottle, 750 ml ( 3 cups ) in the recipe !

She misread the recipe, because it was calling for 75 ml ( 1/3 cup ) of wine. Well, we had a good laugh at that, with her laughing the loudest, so I do not think she will mind me sharing this little tidbit, or she might not even know I have a blog.

Try this recipe next time for flaky, zesty and oven-baked perfect juicy fish. 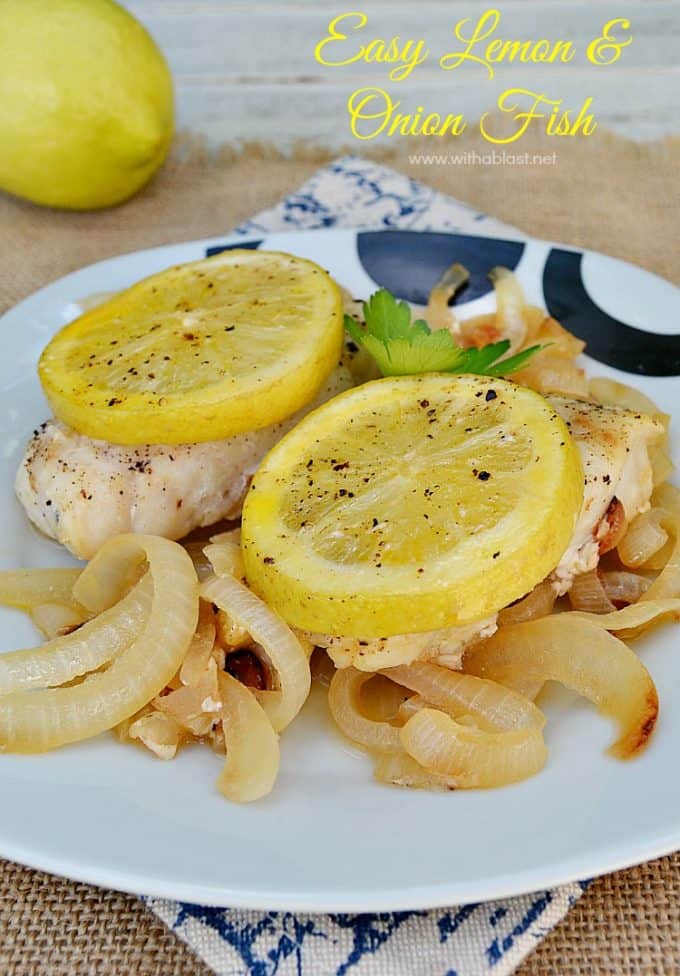 NOTE: *Hake – during a search, I found that a store called Costco imports and sells them in the US

Serve the Lemon topped Fish with the Butter Sauce, either over the Fish or on the side in a small bowl. Mashed potatoes and a mixed vegetable dish go very well with this dish.

Congratulations!! Your recipe has been featured at Tickle My Tastebuds on my blog, Lori’s Culinary Creations. Hop on over and grab a feature button and link up your latest culinary creations. Congrats again.Link- http://bit.ly/1DtUuIsLori

Sound delicious! Love your story about your friend and the wine :)

Thanks for sharing over at the blog hop

Recipes that are quick and easy to make that the kids love are like gold dust!! I can see why though, it looks delicious :-)

Thanks for linking up to Marvelous Monday at Smart Party Planning. This will be featured at next week's party :-)