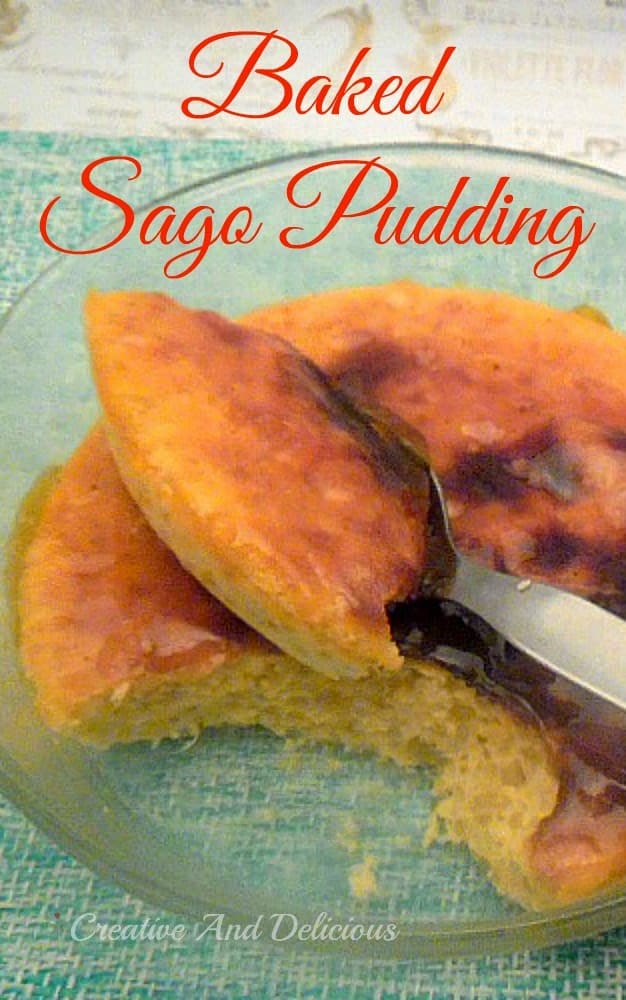 Cheri usually makes us a sago pudding on the stove top – no, do not ask, I have no idea how she makes it, but it is always a hit !

The other day I was craving for her sago pudding, but as it was at a time when I knew she was driving and probably stuck in traffic somewhere, I had to come up with something by myself – so here we have the Baked Sago Pudding.

This version turned out delicious {according to Roy, Dimitri and myself}, it might have taken a bit longer than Cheri’s, but still a very nice dessert. I have not made it again over a weekend when she is normally at home, but I definitely want her to taste and see what she thinks of her dear Mom’s effort !

1.) Place the Milk and Cinnamon Stick in a large saucepan – bring to the boil and let simmer 1 minute – turn off the heat – add the Sago to the Milk and let stand to soak for 90 minutes.
2.) Pre-heat the oven to 160 deg C (325 deg F) – spray a 2 liter capacity oven dish with cooking oil and place into a larger shallow oven dish half filled with boiling water.
3.) After 90 minutes, bring mixture to the boil again – simmer for 2 – 5 minutes {the Sago will be translucent by now} – turn off the heat and stir in the Butter until melted – cool for 5 minutes.
4.) Beat together the Salt, Eggs, Vanilla and Nutmeg – add a little of the Sago mixture to the Eggs and stir – pour the Egg mixture into the Sago and whisk together quickly.
5.) Pour mixture into the prepared oven dish and bake 90 minutes until firm and golden.
6.) Remove from the oven and spread over the Apricot Jam.

Serve hot or cold with ice-cream, whipped cream or custard. 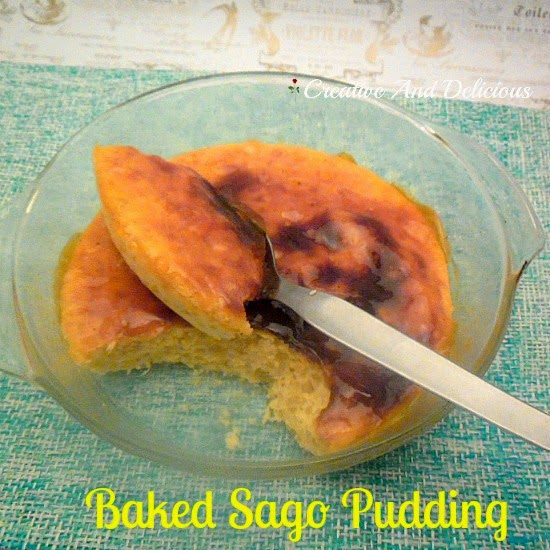 That sounds great, my auntie used to make us sago pudding we always had it with custard yum!

Wow, you had me searching the net on this one!! Had never heard of Sago before. It looked a bit like tapioca and wonderfully found are very similar and be used interchangeably! This recipe sounds wonderful, thank you for sharing (though will be using tapioca pearls as this is what I have on hand).