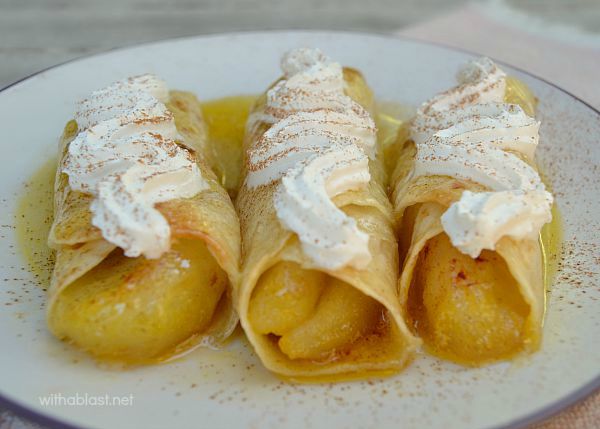 These Cinnamon Apple Enchiladas are delicious! Most definitely a dessert which will be served over and over again in our home.

Soft, syrup drenched bottoms with a crisp baked top and even more syrup drizzled over after baking !

After baking, the tops of the Enchiladas were nice and crispy. I drizzled some of the sauce over and served it with loads of lightly sweetened whipped cream.

This is a quick and easy recipe and no one will even suspect the prepping/baking and decorating took around 30 minutes.

I used canned tart/pie apples – there is no liquid to drain, it’s all just packed with soft sliced pieces of apple.

Mentioning this, as I used the same kind before and had a few readers asking me whether to drain the apples or not.  Well, I have never used or seen cans of Tart Apples which needed to be drained in our usual stores. 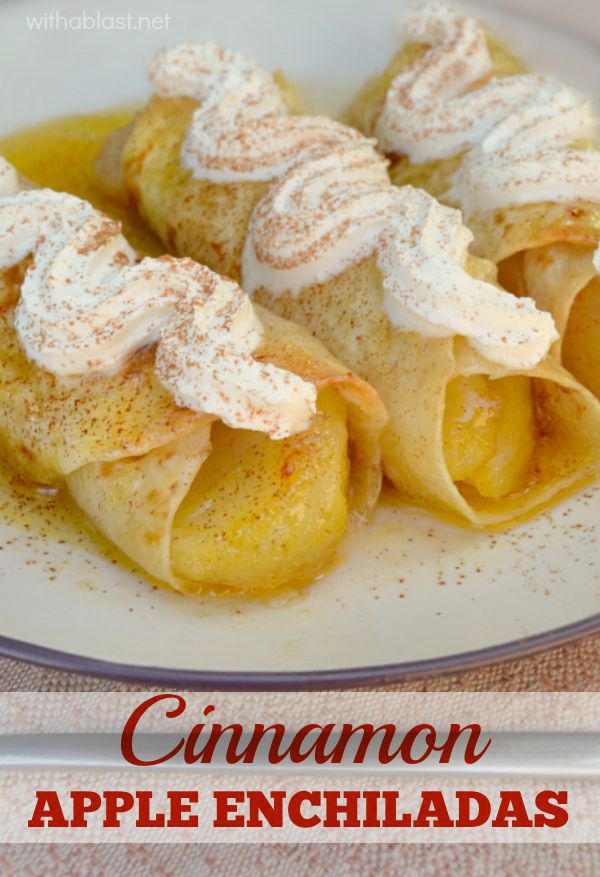 Therefore, if you do need to drain the kind you’re using, you will have to use larger cans or an extra can.

You also do not need to add Sugar to the Apples before rolling up, the Cinnamon will give enough flavor. Besides,  the syrup provides all the sweetness you need for a totally decadent dessert.

Serve with Whipped Cream and a dusting of extra Cinnamon.

Linked up at: Weekend Potluck – The Country Cook

What a clever idea. And I love me some apple pie!

Thanks so much for sharing!

What kind of tortillas do I need corn or flour.

I use Flour tortillas :-)

What a fun idea! :D These look soo good!

OMG! These look SO good. I'm totally making these for my husband.