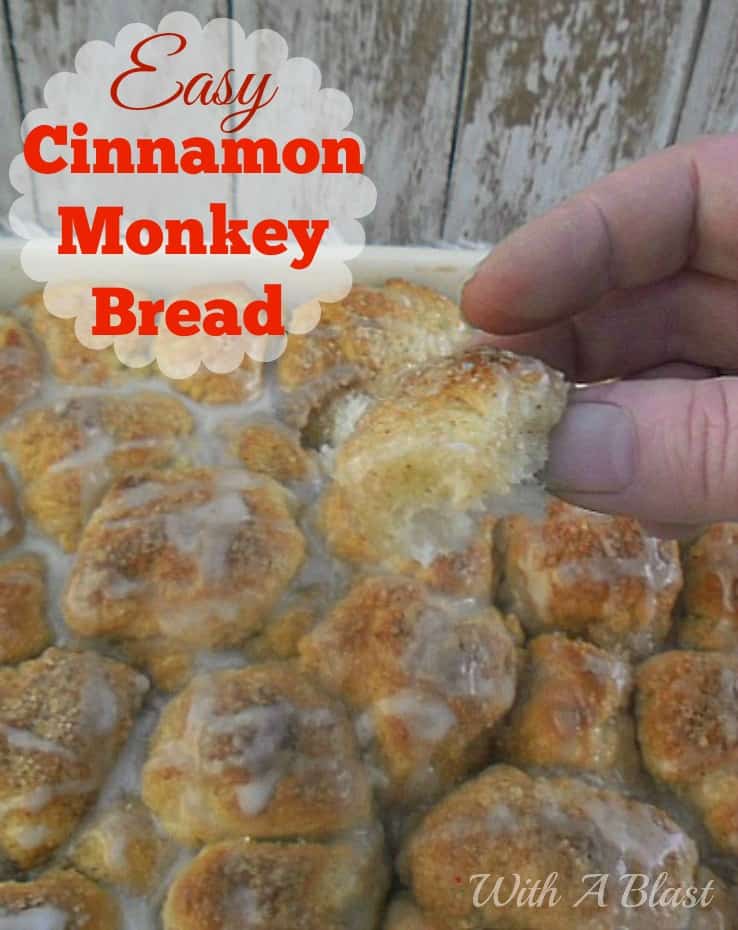 Who can say no to a bite of this easy Cinnamon Monkey Bread with it’s crunchy, glaze drizzled topping ? Definitely not me !

The bread is feather light, and the bottom is to die for – drenched in a buttery brown sugar syrup. 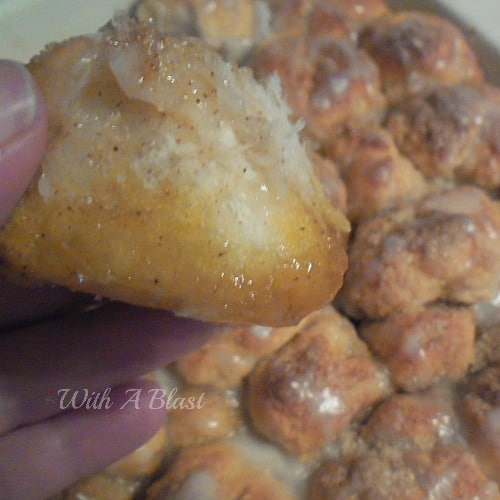 It may look like a single layer, but it is two layers of dough pieces. After I started forming the balls, I placed them into the oven dish and when it was full, I simply placed the remaining pieces on top.

Roy would have preferred more glaze, but I think it is just enough to not overpower the actual cinnamon taste of the Monkey Bread. 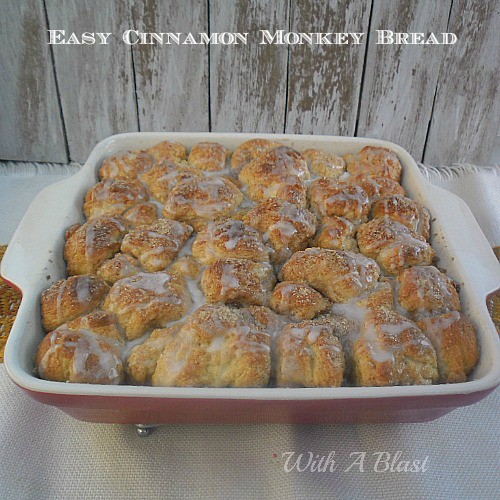 But he changed his request quickly when he found a piece from the bottom layer !  All drenched in that buttery brown sugar .. total delight.

Serve this as breakfast, add to the kids’ lunch boxes, or have it as dessert, but do not miss out on this one.

1.) Pre-heat the oven to 180 deg C (350 deg F) – spray a large oven dish with cooking oil.
2.) Break the Bread Dough into golf ball size pieces.
3.) Combine the Sugar and Cinnamon – roll the Dough pieces in the Sugar mixture, until all sides are covered – arrange in the prepared oven dish {single or double layer}
4.) Melt the Butter – add the Brown Sugar and stir until combined – pour over the Dough pieces – bake 25 – 30 minutes or until done.
5.) Mix together the Icing Sugar and Milk {tablespoon at a time until a runny consistency} – drizzle over the baked Monkey Bread.

Let cool slightly and serve as is or with custard, whipped cream or ice-cream. 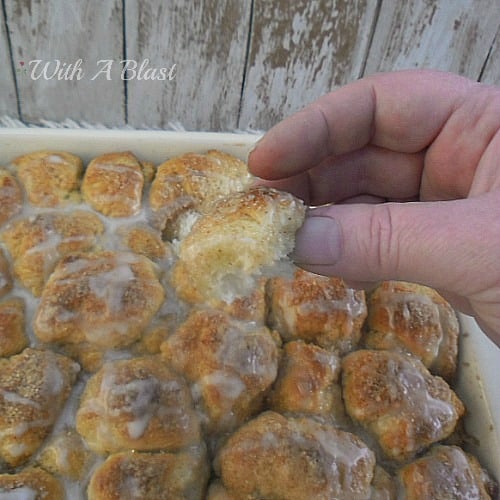 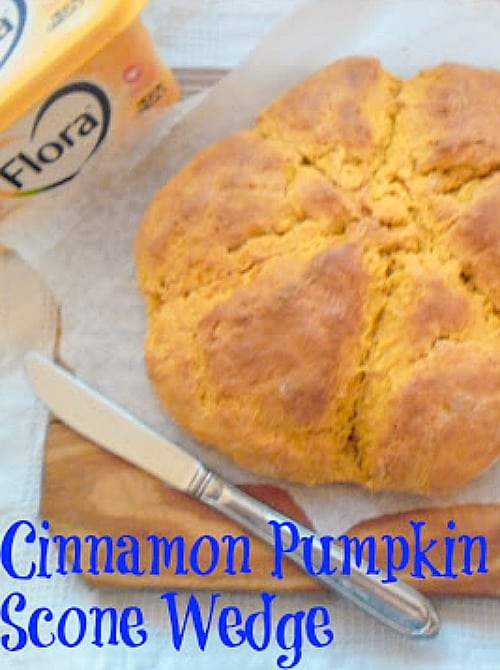 I'm Linda, Welcome to With A Blast ! I live in Johannesburg with my husband, Roy, Mom to 2 grown kids, 1 adorable granddaughter and 4 furries. Sharing my favorite type of recipes - Quick, easy, yet delicious and not giving up on nutrition Read More…